Had planned to ride to King’s Lynn on the North Sea coast in Norfolk. Unfortunately, a late departure meant I wasn’t sure I’d make it in time for the last train to London. So, stopped at a small town (or large village?) about 10 miles earlier. The distance already read 156km so rode around the town to take it over 161km mark :) 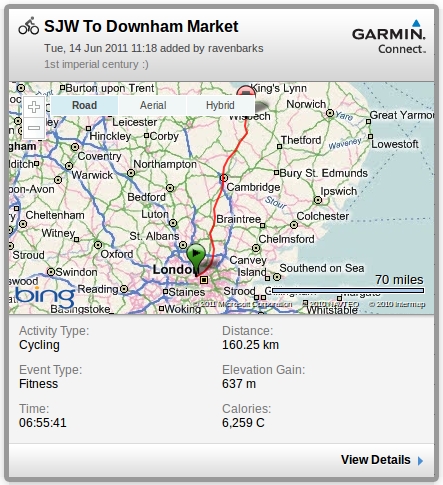 I’ve got a problem though. Every time I come back from one of these longish rides, the body just refuses to cool down. Like yesterday, though I took a long shower right after getting back, the body stayed burning hot till late into the night. It almost felt like somewhere inside the body was still burning calories at the same rate as while riding at the peak. 2nd consecutive ride this happened and I have no idea how to stop that. Any help is really, really, REALLY appreciated!

P.S.: The sun killed me! The temperature was only 25-27 C but was downing humongous amounts of water and still feeling dehydrated-ish all the time.

P.P.S: Haven’t test ridden the Synapse yet. If I can stay awake, then might test ride it today.

This site uses Akismet to reduce spam. Learn how your comment data is processed.